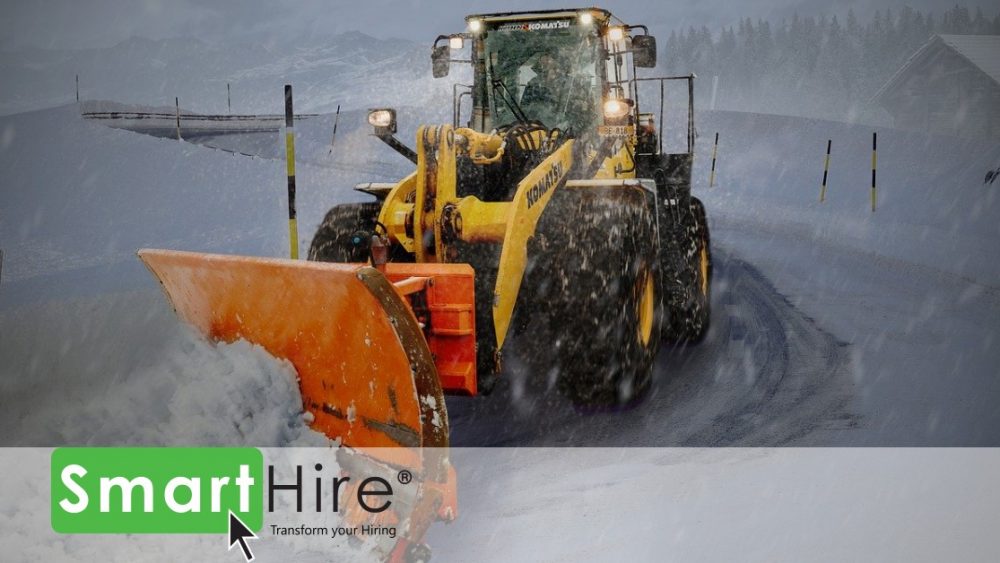 Stay in the Safe Lane When Hiring?

The recent snowstorm broke a few records, shutting down businesses and commercial/passenger traffic.  Many drivers were unprepared for the weather – and even those with studded winter tires experienced some ‘shovel time’. Thankfully for us, it was a large dump of soft, fluffy snow or there would be a lot sorer backs today.  Even a day later, as I travelled, the prairie highway lanes narrowed down to one lane and what was usually a 2-hour trip stretched to 4 looooong hours.

We were parked in a traffic jam on the highway for 30 min before the traffic started moving 10 km/hr in the single, ‘fast’ lane. Confined by semis, I noted those drivers who regularly attempted the right lane to speed off if they could.  I admit my initial thought was ‘patience is a virtue’.

Of those who attempted the snowy trek, some quickly re-entered the single stream of traffic. Others braved the rutted snow, gained traction, and slowly pulled ahead of the pack.  But, as the hours stretched out with no change, I began to view those tackling the other lane more favourably.

So, how does this apply to SmartHire?

When hiring, many businesses are like those who stick to the lane that is moving slowly and surely. They prefer sticking it out even when it feels like they are standing still.  They remain confident they will reach their destination/goal.

Some attempt to vary from the norm but, when faced with a little resistance, merge back into the safe lane.  Others venture out and remain in uncertainty until they gain a little bit of traction.

From a hiring perspective, what does it mean to stay in the safe lane?  Venture out and come back in?  Or take the lane less travelled?  No one wants to be the one hitting the ditch or causing an accident that affects numerous commuters.

We invite you to contact SmartHire for a needs assessment.  We do not just offer a list of products, we develop solutions that fit your organization.

After travelling 10 km/hr for far too long, we chose to move out of the safe zone. Thankfully we quickly gained the traction we needed and slowly pulled ahead of the pack.  Better late than never I guess.  The highway opened up to two lanes less than 30 min later.  We would have got there, of course, but it would have taken us a LOT longer had we stayed where we were.